Smart City Initiative; Beyond the Glitz and Glamour

Smart City: As several cities around the world race towards becoming smart cities, it is important to examine the challenges ‘smart cities’ face.

On the surface, a smart city is a utopia where the digital blends perfectly with the non-digital, creating a seamless practical city for all and sundry—shiny in its design, forward in its thinking, and ever ready to embrace new technology.

Coming closer home, one can imagine Lagos, in its might and power, gradually donning the ‘smart city’ garb—the city, with seamless transportation, with green and efficient power, where data is used to make the lives of its residents easy. It is good to imagine this, except that current realities say otherwise. Being a smart city will not make certain issues disappear, rather, it will drag along with it certain challenges that might never be resolved—a constant work in progress. Could it then be that cities will chase the ‘smart’ status endlessly?

Here are the major challenges smart cities (like Lagos) will have to deal with in the near future in their match towards becoming a smart city:

Lagos has been a magnet for urban migration. This has seen it achieve the status of Nigeria’s “no man’s land”. As Lagos strives to become a smart city, it will have to deal with different challenges which might not necessarily be new, but new to the reality of being a smart city.

Lagos has a population of about 20 million people, projected to double by the year 2050. How will the city, with its strained infrastructure, and its many headaches, deal with such a spike in population even as it—at the moment—journeys towards being smart?

One of the ripple effects of such mass population will be the challenge of powering a city of such magnitude. As Lagos moves towards the future, it remains to be seen how the city will be able to power itself; the smart grid, the ubiquitous sensors; the wireless communication features that connects the residents, and powers their smart homes. Generating power to serve residents of the city has been a major challenge, how then will the city be able to deal with the sensory/power overload that is sure to happen just by the sheer size of its populace?

It is okay to imagine a smart city as a paradise, where all is right with the world. The reality will likely be that non-digital problems will not be solved by the sheer presence of smart technology. Issues such as class disparity, gender-pay gap and gentrification will not immediately disappear as a result of a city being smart.

The main purpose of data collection in a smart city is to make decisions that will address what the city really needs. This is where proper governance comes in. In a country where governance is riddled with corruption, it is hard to see how policies made by government will trickle down to affect the common man.

The smarter a city gets, the more expensive it becomes to live in it. The question then is will decisions about housing, transportation and healthcare take into consideration, low-income earners?

Perhaps, the world would never truly have cities that are smart in their entirety; perhaps, it would just have pockets of spaces, occupied by people, who could afford such spaces, while the rest of the world admires it from a distance, starry-eyed. Perhaps, a ‘smart’ Lagos will continue to be known for its two sides (ugly and beautiful) fighting and constantly pushing against each other. 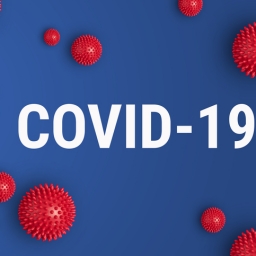